Is it important to teach your child a second language? Nicola Monteath speaks to two experts to explore further 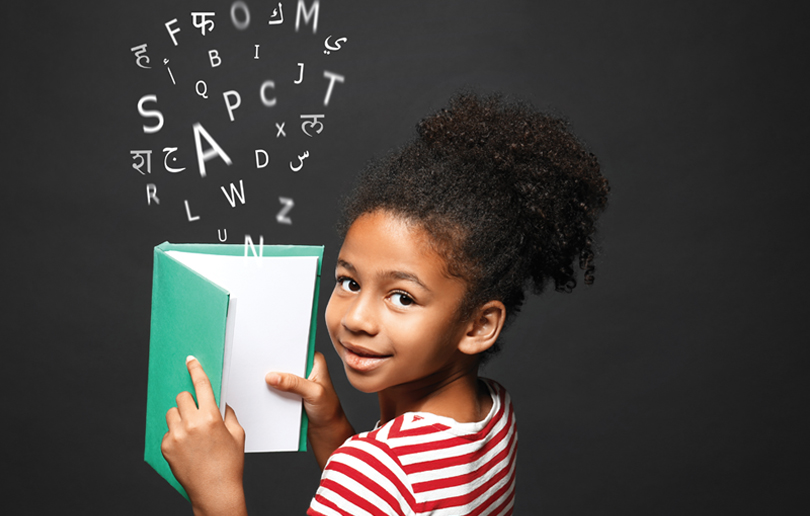 I grew up learning one language fluently. However, I can read and write Arabic – it used to be mandatory for schools in Dubai – read, write and speak in broken Hindi, and can successfully order food at a café in Portuguese, a language I am currently learning. The reason I don’t speak any
of the other languages fluently is simply because I could never practice it. My parents always spoke English and so did my friends and people from the neighbourhood. While I didn’t think much of it when I was younger, fast forward to present day and I wish I knew another language fluently.

Parents are always trying to find ways to improve their children’s future in an ever- competitive world, whether it’s placing them in early music classes, sending them to elite sports camps or going to academic summer schools. But have you considered language lessons for your child? From improved social skills to deeper family and cultural connections, learning a foreign language affords children an infinite amount of benefits that can make the world a far smaller and interesting place than ever imagined. Here, Waseem Al- Hanbali, Regional Director for Cambridge International in Middle East and North Africa, and James Lynch, the Principal of Dubai International Academy – Emirates Hills answer a few questions:

Waseem Al-Hanbali: Agree, an age criterion should not come into play. Early learning can yield quicker results, as learners tend to be a lot more receptive at a younger age and have more flexible learning abilities. It is easy to introduce a new language to children through means of play, with the use of pictures, movement and repetition. That being said, young learners need to be supported by skilled bilingual teachers systematically over a period of five to ten years in order to develop proficient use of the academic language.

Should a child’s second language be their mother tongue?

James Lynch: Many education specialists have for many years promoted the advantages of mother-tongue instruction in the early stages of children’s education. The benefits of learning English or indeed any language as a second language are vast. However, so are the benefits of the second language being the mother tongue. It is also worth mentioning that a child being educated in their mother-tongue can create a huge sense of pride for that child in their identity and heritage.

Waseem Al-Hanbali: English has become a world language. It is also the medium of instruction and assessment for Cambridge programmes. In a cosmopolitan city like Dubai, most schools are English-medium schools. Many of the children are exposed to their native tongue at home in addition
to their exposure to English and Arabic at school. We define a ‘bilingual learner’ as someone who routinely uses two or more languages for communication in varying contexts. The student’s first language (L1) is the one used at home/in the community and their second language (L2) is the one used in an educational context (in this case, English). This is not to imply that either language should be considered secondary to the other. This is why we encourage using the term ‘bilingual learner’ instead of ‘second language learner’ as it truly highlights the value of both languages and the students’ functional proficiency in both.

Are there any benefits to being bilingual?
James Lynch: Bilingual children perhaps do better in education seemingly due to their enhanced ability to concentrate and when switching language enhances the brain’s ability to focus and ignore irrelevant information. Knowing two languages also promotes all areas of cognitive functioning, helps children solve logic problems quicker, and enables them to be better listeners. Let’s not forget that speaking more than one language from an early age introduces the idea that the world is a diverse place with different languages and cultures to explore.

Waseem Al-Hanbali: Children who are bilingual or multilingual tend to be more open to change than monolingual children. There is a growing body of evidence which suggests that bilingual children have increased mental flexibility, improved inter- cultural skills, and are better equipped to understand, interpret and interact with the outside world. That it is not to mention that bilingual education has also been proven to increase opportunities for global exchange and trade.

Can bilingualism cause speech delay?
James Lynch: Some children raised bilingual may take a little longer to start talking than those raised in monolingual households. However, in most cases the delay is said to be temporary. In the past, bilingualism was considered the culprit in problems with language development. However, research indicates that bilingualism does not cause delays in either speech or language acquisition. Studies have found that children with language delays who are in dual language environments gain language at the same rate as those in monolingual environments. There is a lot of evidence out there to support this view.

If a parent is mono-lingual, what methods can they take to help their child?

James Lynch: Excitement and anxiety about how to help your child when you do not speak or understand one of those languages is totally understandable. However, you can still be an influential part of the program and your participation is key to your child’s learning. Always ensure that you are working closely together with your child and their teacher. Emotionally accept that you are enrolled in the program too. I also suggest reading to your child in your strongest language in order to develop a home language and model fluent reading – particularly as language skills transfer across languages. Trust your teacher and build a positive dialogue with them. You can then use this dialogue to congratulate your child on the progress that they are making and reinforce how proud you are of them. It’s important to investigate the books in your child’s second language library and also
try out the amazing apps that are available. Lastly, don’t forget to travel to places where the language is spoken and if you can’t travel then try and attend cultural events or participate in music and dancing reflective of countries where they can practice their language skills.

Waseem Al-Hanbali: Monolingual parents can support their bilingual children by enrolling them in schools with a bilingual education curriculum model – one that uses two (or more) languages as mediums of instruction. For example, some non- language subjects such as geography and history are taught in one language (L1) while other non-language subjects such as maths and science are taught in another (L2). This is very useful, as schools can plan which subjects will be taught and learnt through which language over a specified period of time. This also enables learners to build up their proficiency in L2 (the language they do not use at home with their parents).

Previous Host A Party For Children
Next What to Expect When You're Expecting: Sian Abraham
Share this post: 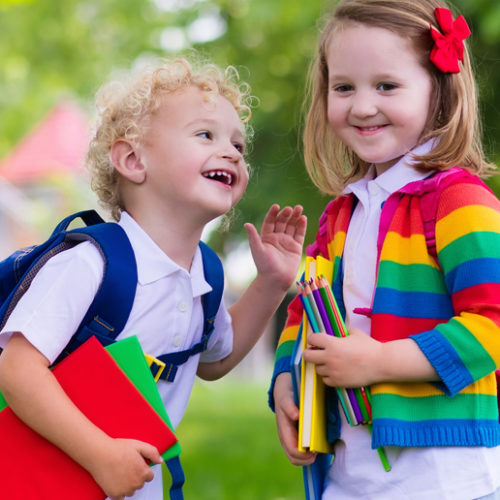 How to prepare your toddler for starting school

Starting school will be a huge change for toddlers, so it is important to get them prepared and enthusiastic well in advance It is only natural that a small child… read more… 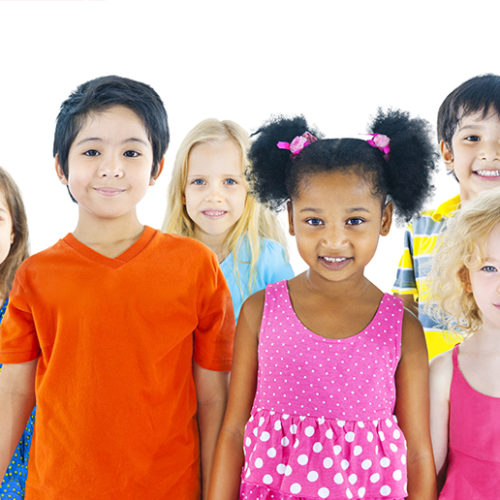 Learn how cross-curricular learning helps best prepare your child for life-long learning and success in the real world.

Learn how cross-curricular learning embedded into one school’s IB programme helps best prepare children for life-long learning and success in the real world. 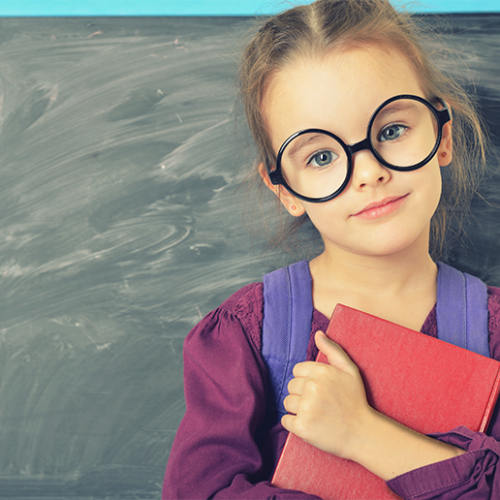