Jessica Smith, Australian Paralympian and mother of two – with another child on the way – takes us through her the triumphs and tribulations with her body, career and motherhood 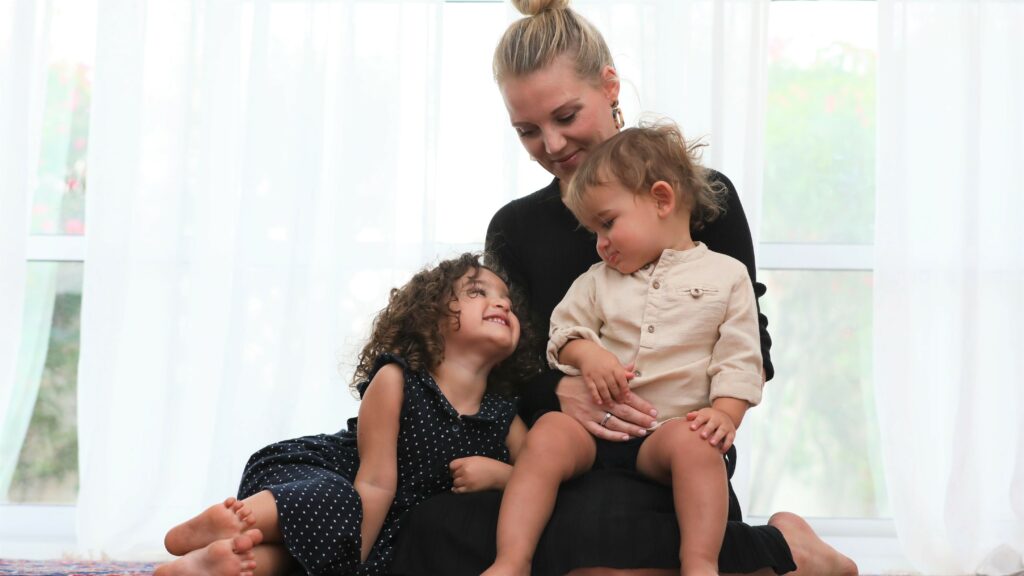 “Born in Sydney Australia, I had what I consider to be a wonderful childhood and upbringing. I have three younger brothers, and like most Aussie kids, we all enjoyed life outdoors, being active and playing a variety of sports. To me, my childhood was ‘normal’ except for the fact that I was born missing my left arm,” says Jessica Smith.

To this day there has been no indication from doctors as to why that occurred, it has always been just one of those things, Jessica recalls. Her parents were encouraged to have her fitted with a prosthetic arm from as young as possible, as they said it would help aid her growth and development, but at just 18 months of age, still unused to her new arm, she reached across the kitchen counter and knocked over a boiling pot of water and suffered third degree burns to 15% of her body, spending two and half years in and out of hospital. “I was left with serious scarring on my neck and chest and grew up looking and feeling different in a world that values appearance. I never saw anyone like me on television or in the magazines, and so I convinced myself that I simply wasn’t good enough,” she says. By the age of 14, Jessica spiraled into the dark realms of anorexia and bulimia. “Yet in spite of this, or actually I like to think because of this rocky start to life, I believe I’ve emerged a strong woman. Now comfortable in my own skin, I’m eager to share my insights and experience to help others.”

We’re gathered at Jessica’s home in Umm Suqeim for the interview and photoshoot, where her adorable three and a half-year-old daughter Ayla and 18-months old son, Reza, munch on mango and show me their toys while running around the house.  As a child and teenager, Jessica’s life was quite different. “I was acutely aware and troubled by the fact that I was ‘different’. At home I felt safe and supported but was never allowed to feel sorry for myself. My younger brothers always included me, and this certainly helped develop a sense of resilience,” she says. But as a young woman, she saw her ‘difference’ as a hindrance, which directly impacted her self esteem and confidence. Her family relocated from Sydney to a small country town when she was just eight years old and that became even harder for young Jessica. Growing up in a town where disability wasn’t common, made her feel like the odd one out, but that’s also where she took up swimming and as she puts it, everything started to change.

At age ten, Jessica competed in her first school swimming carnival, beating all the girls and boys to win the 50m freestyle. “For the first time in her life, I felt as though I was being recognized for something positive, people were acknowledging me for what my body could do, rather than what it couldn’t. I felt a sense of pride and exhilaration,” she says. From that moment on, Jessica knew she wanted to swim for her country. She went on to compete at state and national levels, and at just age 13 was selected onto her first Australian swimming team. “When I was away with the swim team, I felt as though I had a new family, a group of people who understood my dream and aspirations, but who also understood the burden that often comes with living with a disability,” she says. Jessica went on to represent Australia from age 13 to 21, travelling the world, breaking records and winning medals. “My dreams were realised when I was selected onto the Paralympic Team to compete in Athens, I was just 19. But the experience was bitter sweet.”

Unfortunately, what people were seeing on the outside was in stark contrast to life behind closed doors. Jessicas’ body image issues never really left her, and although she was able to compete at the highest level and believe in herself to win gold for her country, she wasn’t able to carry that self belief through to all the other areas of life. “I had secretly been battling with bulimia and anorexia since age 15. Of course, my body image issues were magnified by teenage insecurities. I would stand in front of the mirror, looking at myself with so much hatred and disgust,” she recalls. Skipping meals and dieting was the devastating start of a decade long battle, which ultimately took control of Jessica’s life.

“When I talk about my Paralympic experience, I think everyone assumes I will have a Hollywood ending where it all turned out ok in the end and I went on to win gold. But I didn’t. There is no fairytale ending here. My body failed me at the time I needed it most, or maybe I failed it? I simply didn’t swim fast enough as my body was too weak.” Jessica returned to Australia and was admitted into rehab. As a result, she had to close the door on her international swimming career to save her life. “It was utterly painful, but the best decision I ever made. I went on to finish my science degree, and work in both the public health and not for profit sectors of the body image industry in Australia, and this is where my work is today, but now on a global scale.”

Years down the line, Jessica found herself content and the best place possible personally. “It seemed only fitting that Mr. Right would come walking into my life,” she says. Jessica met her husband through mutual friends in Australia. “He’s an Iranian-born Scotsman and the mix of his Middle Eastern appearance with his thick Glaswegian accent was hard to pass by,” she giggle and tells me. The couple have been married for four years now, and relocated to Dubai just over a few months ago.

As we walk out onto the terrace, Ayla reaches for her Coco Chanel illustration book while posing for the camera, while Reza shows me his cycle skills while mumbling baby talk. “Motherhood has changed my life in every way imaginable. From a body image perspective, I had to learn to trust my body and experience it as it changed throughout pregnancy and beyond. I appreciate that I have no control over these processes and have surrendered to the fact that my body will do what’s best for me – I just have to trust and respect it,” says Jessica.
Motherhood has certainly tested her on every physical level too. Competing for Australia was easy in comparison, but the emotional and mental anguish that comes with motherhood has been the most challenging journey she’s ever embarked on. Like most mothers, Jessica tells me she’s sleep deprived, her back constantly aches and her breasts will never look the same again.

But despite all the tears and overwhelming emotions, becoming a mother has been her most marvelous experience. “I’ve learnt that I am far more capable than I ever thought, and I’ve learnt what true love really means. The capacity to love another human being so much that it hurts, is pure bliss.” 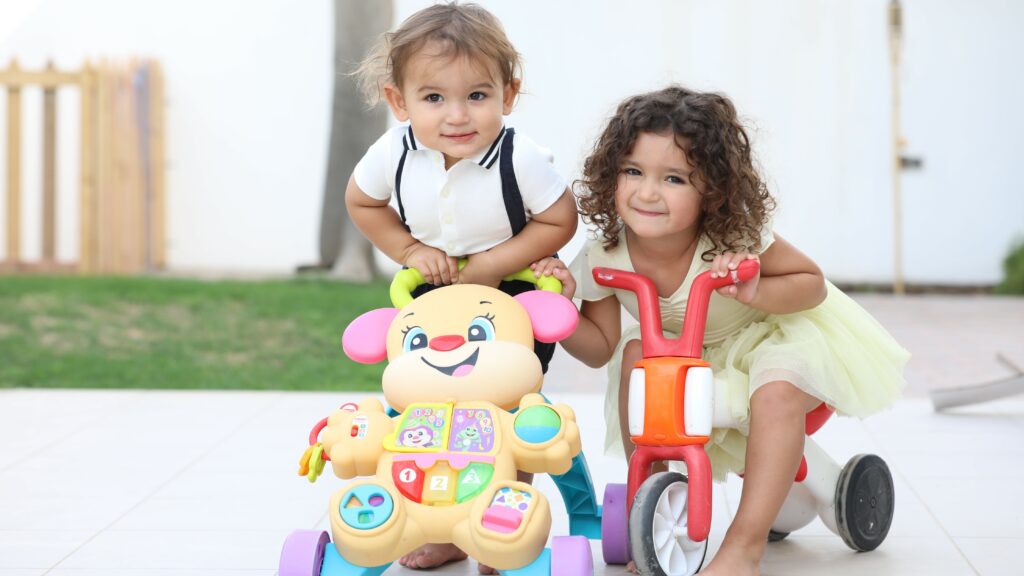 Her typical day is just like any other mum. Wake up about 6.30 am with a green smoothie and toast for breakfast, drop off to the nursery, and four hours to get as much done as she possibly can. “But I also need to make sure Reza has a nap in that time frame too! I either go to the beach for a walk and a coffee, or head to the supermarket or into the office to work on my children’s book series. It really depends on Reza and where he falls asleep,” she says.
Then it’s back to pick up Ayla, home for lunch, which is usually rice and an Iranian-inspired vegetable curry. “As a family, we follow the Montessori philosophy, which means I encourage the kids to choose their own activities, so in the afternoon we spend a lot of time outside either painting or exploring in the garden.” Jessica says she used to be able to do more work, however now that Ayla doesn’t nap it is literally impossible to take time away. Early evenings, it’s dinner prep and then the usual bath, book and bed routine. ‘I often fall asleep with the kids! I wish my days were more exciting, but at the moment these younger years are so important for my kids development, I just want to be as present in the moment with them as I can.” As for how motherhood has transformed her life, Jessica tells us she’s learned to lower her expectations and to trust her own gut instinct (which by the way, she admits does not come immediately after having a child – it’s something you learn along the way).

As for her training, Jessica says it doesn’t really exist these days, although she has always tried to made exercise a priority. Walking and yoga are her favourite things to do at the moment, even if just for 20 minutes a day. “I find it really helps with my mental and emotional wellbeing.”

As we conclude our photoshoot, Jessica tells me that motherhood is a beautifully exhausting journey that teaches us so much about ourselves. Her advice to other mums? “Don’t get hung up on what all the books tell you to do or not to do. At the end of the day, every child is different, comparing is a waste of time. Only you know your child and what’s best for them, trust that instinct. And please reach out to someone if you feel as though you are struggling, chances are, you are not alone.”

If you enjoyed this article, you may also like: Hypnobirthing in Dubai: Jessica Smith’s real and raw experience

Previous What to expect when you're expecting: Amy Stead
Next Recipe: Chicken Quinoa Bowl
Share this post: 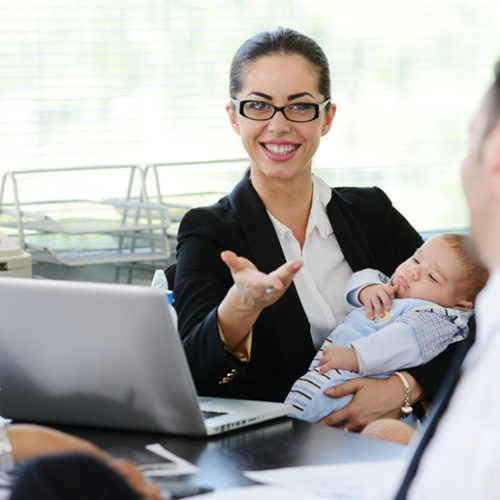 Motherhood and the 9 to 5

Is it Time for More Flexible Working? Mothers often find themselves having to juggle multiple responsibilities. While many claim that motherhood should not necessarily clash with career ambitions, work-life balance… read more… 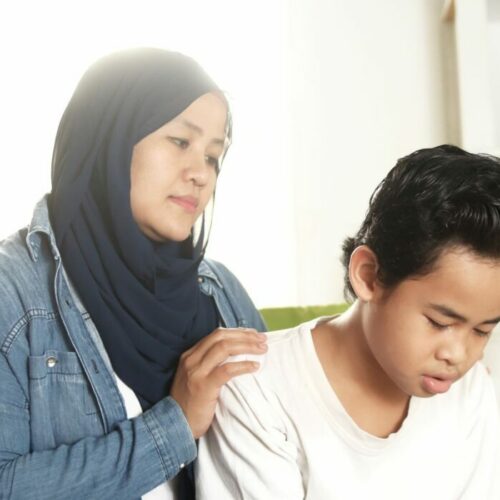 Top tips to spot and help perfectionism in children

Children who are perfectionists can suffer from their own mindset. We discuss how to spot perfectionism in children and gentle ways to help, improving their confidence and quality of life…. read more… 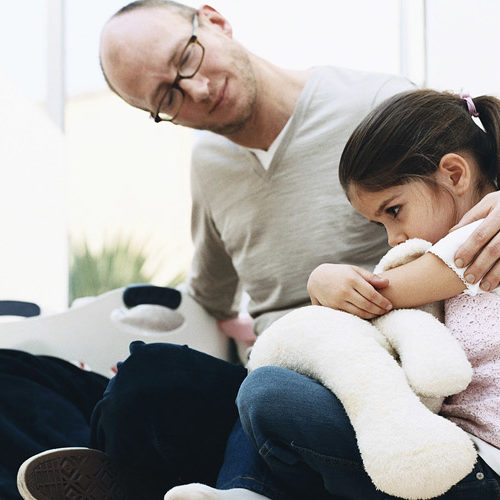 Oftentimes we underestimate the ability of our young children to learn life’s greatest lessons early in their years. Justice, for one, is a value we feel like we ought to… read more…