The differences between a cold and an allergy

As we approach the winter season it’s common for us to catch a cold with the switch to cooler temperatures. Colds and allergic reactions can manifest themselves in similar ways, and the signs and symptoms can range from a runny nose and sneezing to a cough and sore throat, and more. 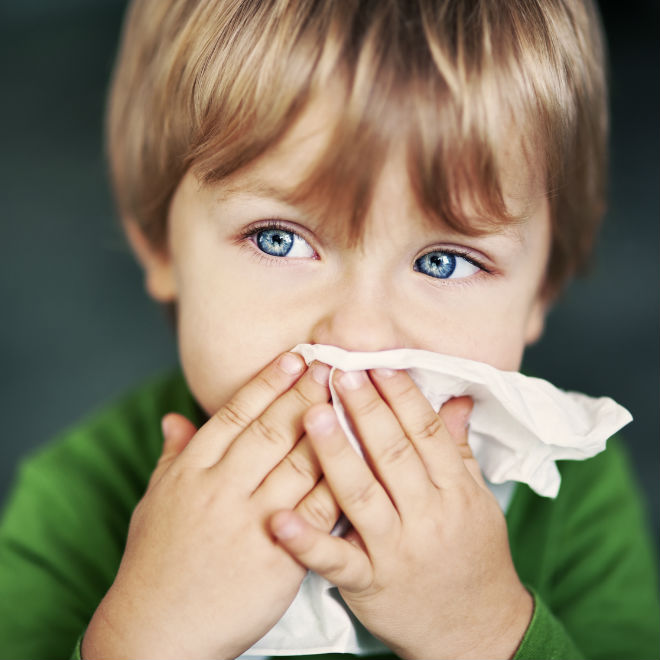 When you’re exposed to a generally harmless substance like pollen, pet hair, or certain foods, your body can react in an effort to protect itself from what it sees as a threat, or a ‘foreign invader.’ Allergic symptoms can range from mild to life threatening, with the milder symptoms including a rash or itchiness on the skin, an irritated and runny nose, sneezing or itchy, watering eyes.

Children can experience an allergic reaction when certain irritants enter their body and their immune system generates antibodies and histamine to fend off these irritants. This develops an inflammatory response that leads to the above symptoms, as well as other allergy signs. Depending on the reason, your child’s allergic reactions can be either year-round or seasonal.

Year-round allergies can often be attributed to indoor irritants such as pet hair or dander, dust mites or moulds present in the home. Between symptoms such as sneezing, coughing, wheezing, a runny nose and itchy eyes, it’s not always easy to tell the difference between seasonal colds and allergies. Even though there is a fair bit of overlap in the symptoms of colds and allergies, learning to tell them apart is essential for diagnosis as well as treatment, and therefore helping you or your child feel far better quicker.

Symptoms of allergies include:

SYMPTOMS OF A COLD

Common colds happen when a virus (usually a rhinovirus) enters your body through the eyes, nose, or mouth. Once the virus is in your body, it replicates until your immune system or medication are able to fight it off. Symptoms usually appear within a few days of exposure to the virus, and they might include:

ALLERGIES OR COLD: HOW TO TELL THE DIFFERENCE

Still not sure if your child’s symptoms point to allergies or a cold? Here are six common differences between them, which can help diagnose your child and get them proper treatment. allergens (such as pet dander, dust mites, and mould) may occur throughout the year.

Colds are usually accompanied by a fever

Common colds and allergies have some overlap in symptoms. That said, low grade fever rarely happens with allergies. Headaches, sore throat, and hoarseness are also more common with colds.

Many patients with allergies have experienced symptoms before. Symptoms will develop in a pattern, depending on the type of allergen. Allergy symptoms caused by outdoor allergens (such as pollen, grasses, trees, and weeds) often occur at the same time each year in a given geographic location. For example, a child with pollen allergies will experience sneezing, sniffling, and itchy eyes at the same time every year. That said, symptoms caused by indoor

Allergies can hang around for longer

Usually, a common cold can last for 7-12 days, whereas a seasonal allergy can hang around for weeks or months at a time, depending on the cause of the allergy. The average number of colds a young child will experience under the age of seven is around 6-8 bouts of the common cold a year. Older kids will catch two colds a year. This is because the younger the child, the more immature their immune system is; whereas the immune system of older children has had more ‘experience’ in creating the antibodies and histamine to fend off the viruses that cause colds.

Allergy symptoms will get worse when exposed to certain substances

Cold symptoms will stay the same throughout the day

The viruses that cause common colds will keep on reproducing themselves in the body until you/ your child’s immune system or medication learns how to fight them off. Because of this, the symptoms of a common cold will stay at roughly the same severity throughout the day, or suddenly change very noticeably between one day and the next.

Seasonal allergies don’t show up in the winter, but colds usually do

Common colds are more likely to occur during winter months, when the season changes from summer. A seasonal allergy will more commonly appear in the summer, with the exception of indoor allergies, which might crop up all through the year. 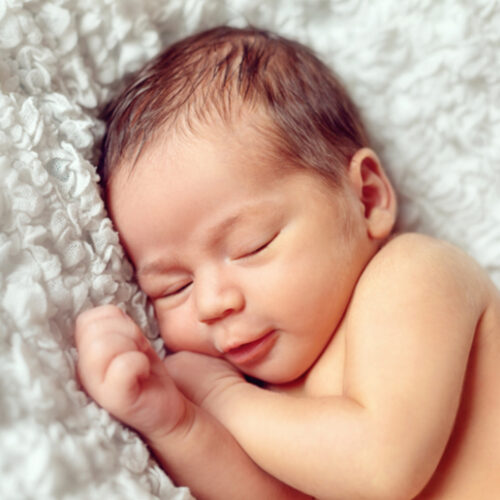 What you need to know about baby skin conditions

Many different skin conditions can affect baby skin, leading to rashes, bumps and unhappy babies. Here are the common ones you need to know. 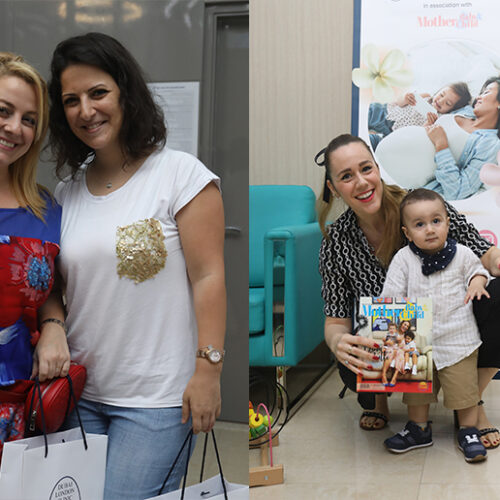 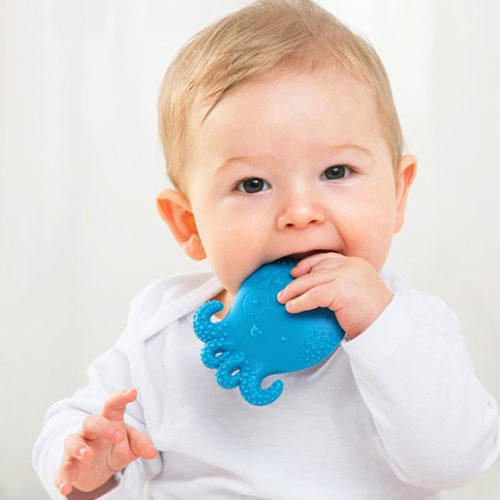 Teething is one of the biggest milestone in an infant’s life, which is the onset of the eruption of teeth from the child’s jaw. However, the first set of teeth… read more…